The Top 15 Cutest Owls in the World Owls are just so cute with their big round faces and fluffy-looking bodies and don’t get me started on the tiny owls, they are just too cute to be real.

If you also think owls are cute then you need to check out this ultimate list of the cutest owls in the world.

There are about 250 species of owls in the world but these 15 have to win the contest for cute owls.

Owl cute they all are (did you see what I did there!)

15 Cute Owls You Need to See Elf Owls are the tiniest owls in the world and who doesn’t think tiny equals cute.  are only the size of a sparrow and they live around the Mexican border. These cute owls, in delicate black and white coloring, grace the forests at night in North America and Europe.

They silently glide through the forest and the male will court the female by feeding her for up to 3 months before nesting. How cute is that!

They are only about the size of a robin and the males can be half the size of a female. Their large white facial discs framed by a dark border at the top look like large bushy eyebrows which helps with the cute factor. What’s not to love about this long-legged small cute owl that runs around and hides underground.

These owls’ long legs make them look comical, along with the flat appearance of their heads.

They are smaller than a crow and live in the western US, Mexico, Florida, and the Caribbean.

Harry Potter made this white owl race up the charts as the cutest owl. The gorgeous coloring and fluffy feet are so cute.

They look cuddly due to their thick feathers to keep them warm but watch out as these ferocious hunters can eat 1600 lemming in a year.

They live in Canada, Alaska, and sometimes northern US states. The mustached look caused by the feathers hanging over the beak helps give this owl its cute look. Southern white-faced owls also have cute ear tufts and white face discs framing the feathered beak area.

They live in Africa and are around 10 inches long (12cm). Flammulated Owls are small cute owls that are only just bigger than a sparrow and have large black eyes set in their tiny round heads.

They breed in western US states and spend the winter in Mexico and Central America but they are hard to spot as they are so small and spend most of their time at the top of trees. These cute small owls live in Asia and are only about 8 inches long (20 cm). Their rounded fluffy appearance gives them a cute owl look. Wow, look at those amazing ear tufts that give this owl its cute appearance. Talk about a showoff. The crested owls’ gentle buff color and striking white tufts show off the cute small heads of these owls.

This cute owl lives in Central and South America and has to be one of the cutest owls around.

Barn Owls are so graceful and cute looking with the white heart-shaped face disc and black penetrating eyes.

These cute owls can be found everywhere except in polar and desert regions. They are about 8 inches (20 cm) long and live in India feeding on insects. Tiny owls have to be some of the cutest and the Pygmy Owl might just be the cutest of the tiny owls. They are tiny, round, and fluffy so that wins the cute factor for me.

There are 29 species of Pygmy Owls worldwide and the Northern Pygmy Owl lives in western North America. No other owl looks as striking as the Spectacled Owl. Their dark round heads highlighted by the white feathers, make this owl so cute to look at. The white bellies contrast with the dark heads.

They live in Central and South America and are quite large, being up to 20 inches (50 cm).

Large pale face discs and black eyes help with the cuteness of the Ural Owl. The delicate mottled brown and white coloring and rounded head also give this owl cute appeal. A cute stocky owl is about the size of a robin. The Eastern screech owl is the color of tree bark and lives in eastern US states. 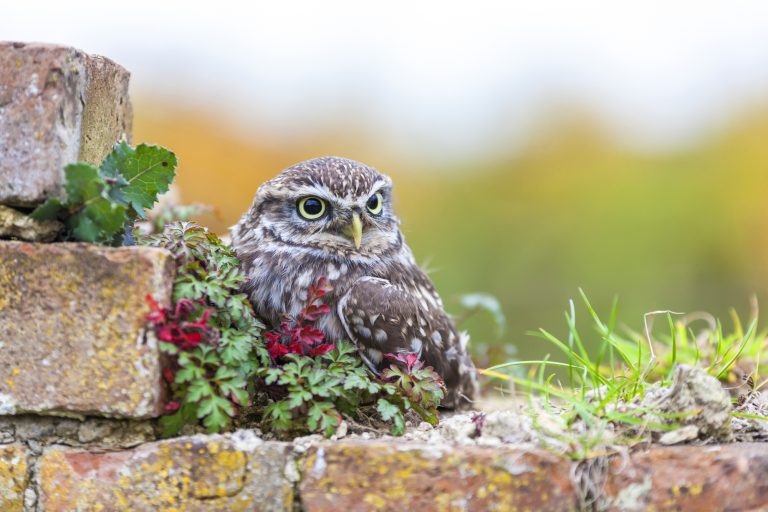 Little Owl’s name is cute for a start and its flat head gives it a cute appearance. They are 8 inches (20 cm) so not the smallest owl but cute nonetheless.

They live in Europe, Asia, and North Africa.

are just so cute with their big round faces and fluffy-looking bodies and don’t get me started on the tiny, they are just too cute to be real.

What’s not to love about this long-legged small cute owl that runs around and hides underground.

What Are These Baby Owls?

What Are Elf Owls?

Credit: Desert LCC Elf is the tiniest owl in the world and who doesn’t think tiny equals cute.

The cuteness factor is one of the most important aspects of any animal. It’s what makes them so adorable. And while we’re sure that all animals are cute, some are just more adorable than others. We’ve compiled a list of the top 15 cutest owls in the world.