10 Most Dangerous Birds In The World

You know the difference between a pigeon and a vulture. One can fill your heart with love whereas another will definitely scare you. That’s the world of birds – so diverse. Some can bring peace and joy, some cause trouble and some others can even kill you. Here is the list of the 10 most dangerous birds in the world. 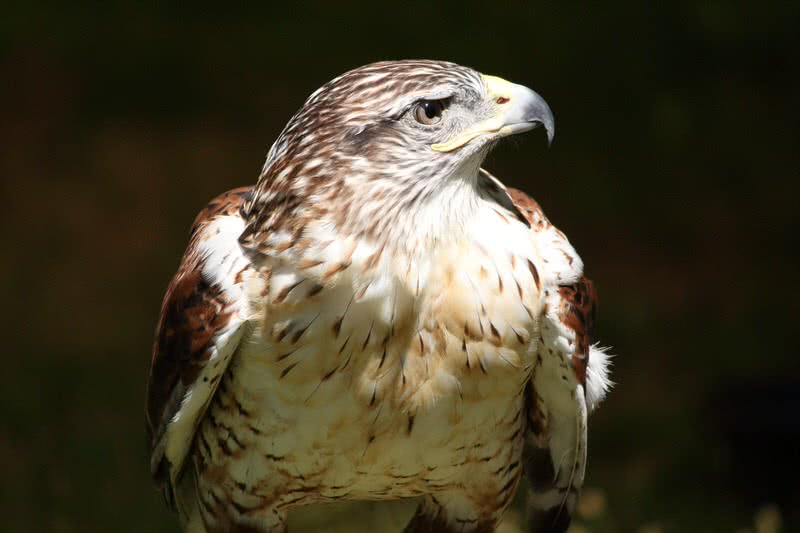 Their wings are broad and the tail is short. The female bird of this species of hawk is larger than the males. They prefer to live in open areas.

As you can expect, the powerful talons are the main weapon of red-tailed hawks. That’s what exactly you should be afraid of. Because red-tailed Hawks defend their territory fiercely.

They become aggressive if you cross their boundary and would attack with their powerful talons. It could result in severe injuries. 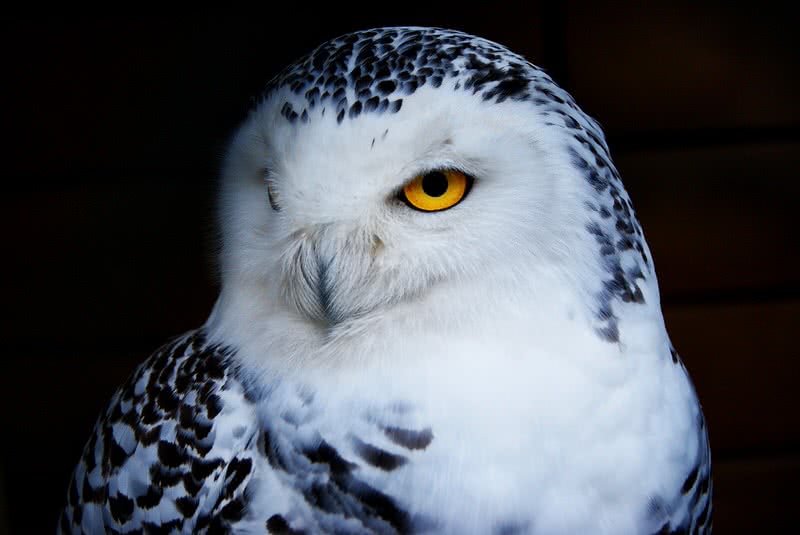 Native to harsh Arctic tundra, the snowy owl is one of the largest and most beautiful species of owls in the world. As the name suggests, they are mostly white with dark gray spots. This large owl typically weighs between 3.5 to 6.5 lbs and has a wingspan up to 60 inches.

Without a doubt, humans are the main threat to snowy owls. The list of their natural predators us very short – Arctic foxes, Jaegers, and wolves. But the snowy owl is known to protect their territory aggressively.

With the attack of razor-sharp talons, snowy owl could drive their predators away. If a human is a threat, they would target the head and the eyes. The snowy owl’s track to the eyes could be very serious. 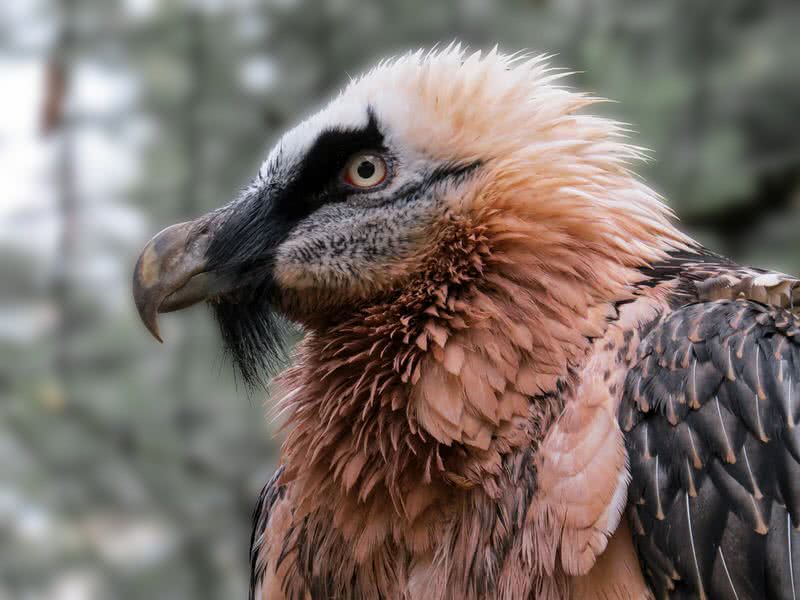 Lammergeier is one of the oldest cultures in the world. They are also called bearded vultures. This massive species of vulture weigh up to 7 kg and has a wingspan between 2.3 to 2.8 m. They inhabit the high mountainous regions of Southern Europe, Southern Africa, and Asia.

The enormous wings let lammergeiers glide effortlessly above high mountains. Upon diet, these cultures focus on carrion and bones. They eat small bones on the whole.

They use dropping techniques if they get large bones. That’s dropping large bones from a great height onto hard rocks. Thus they could eat marrow inside the broken bones.

Not just bones, lammergeiers use the same dropping technique for prey like hard-shelled tortoises. But this technique of lammergeiers could cause severe injuries to humans within the zone. 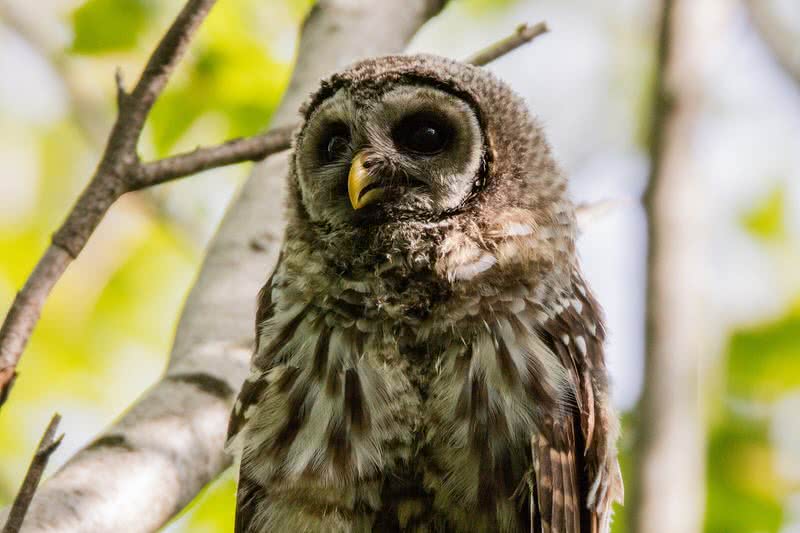 The barred owl is a large, round-headed owl which widespread in North America. They prefer to live in forests and woodlands. These owls have a maximum length of 21 inches and a wingspan between 41 and 43 inches.

Barred owls are nocturnal birds and thus hunt only at night. The most interesting thing about barred owls is their way of flying – can fly noiselessly through the dense forest. It is due to the specialty of their feathers.

But this specialty also makes barred owls dangerous for humans. Because they become very aggressive if disturbed. Also, you can’t hear these owls coming to attack you. They target the head-on attack with sharp claws, which result in serious injuries. 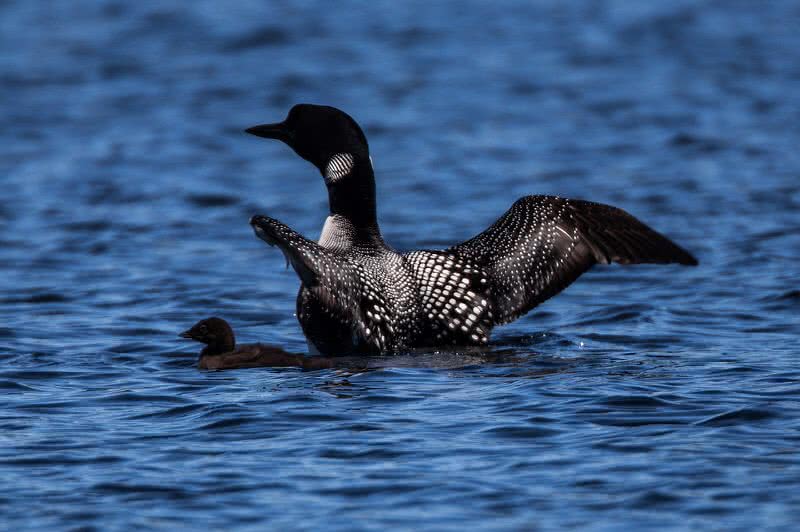 The great Northern loon is a large diving bird also known as a common loon. They have a length between 24 to 39 inches and a wingspan up to 60 inches. The spear-like beak is the most highlighting feature of the Great Northern loon. These migratory birds spend their Summer in lakes and ponds in the Northern United States, Canada, and Greenland. In Winter, they migrate to the South, to the Pacific and Atlantic coastlines.

From the physical features, you could easily say that what makes the Great Northern loon dangerous to humans – is its sharp beak. They target head or neck, just like attacking their natural predators such as bald eagles, gulls, sea otters, ravens, or skunks. Such an attack with spear-like beaks could cause serious problems.

Weighing up to 28 lbs mute swan is one of the largest waterfowls native to Europe. They live in ponds, rivers, wetlands, and inland lakes. The wingspan of this large bird also measures up to 2.4 meters.

The cuteness of mute swans may force you to go near them. But keep in mind that they are aggressive and can pose danger to you. The attack from mute swans on humans mostly happens during their nesting time, in the spring season. Nesting swans defend their zone vigorously.

It’s better to keep a safe distance from mute swans, especially children. If you go near-mute swans would make a fast approach with hissing and strike you with their strong wings. Considering their size and strength of wings their attack could result in serious injuries, especially to the eyes. 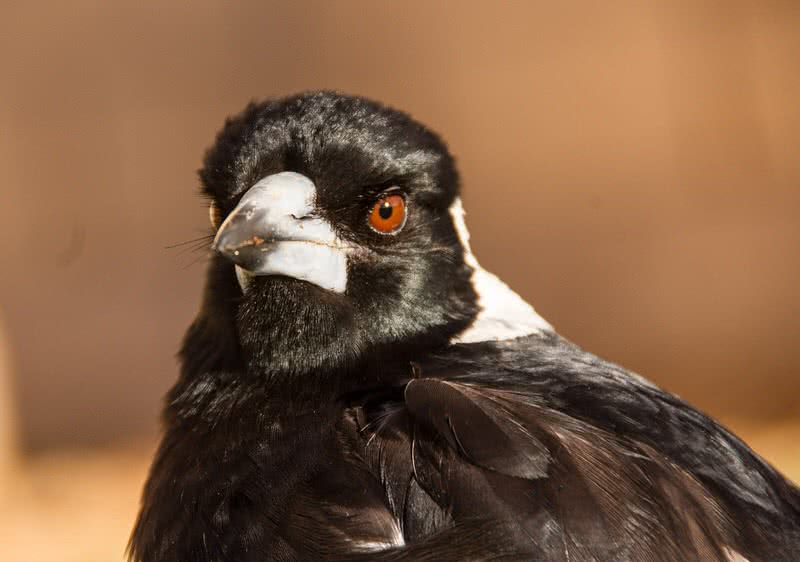 The Australian magpie is probably the second most dangerous bird in the country, after Southern Cassowary. This medium-sized bird lives in grasslands, fields, parks, and gardens across most of Australia. In Spring, when the nesting period arrives, Australian magpies become very aggressive. This behavior is to protect their nest. If they found you a threat, they would attack you fearlessly.

As the habitat of Australian magpies includes residential areas (streets and parks ), you need to be careful if you stay near them. I feel threatened, magpies would swoop and attack the intruders. It could end in severe skin or eye injuries. 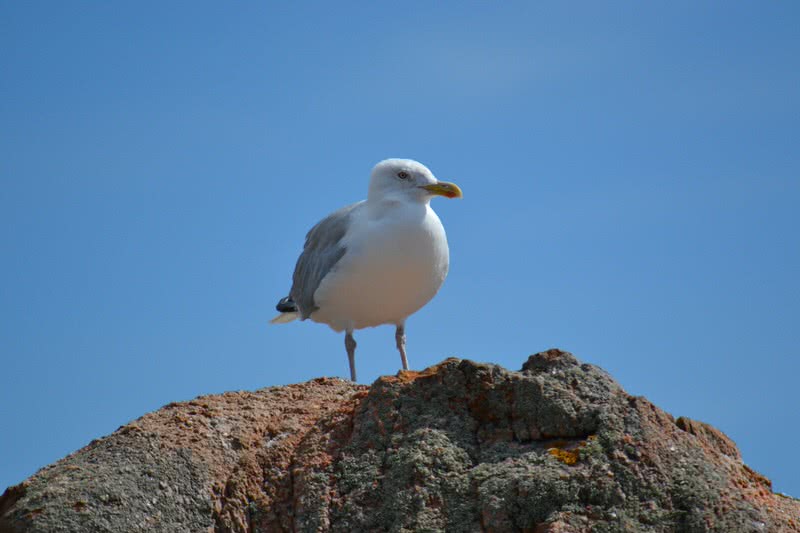 Measuring up to 26 inches in length, the European herring gull is a large gull found across Western Europe. These gulls are notorious for both stealing food and attack on humans. They have a wingspan of 49 – 61 inches and up to 2.6 long, razor-sharp bills. So, serious injuries are sure from the herring gull attacks.

Like other birds, European herring gulls also become more aggressive and attack during nesting season. You should keep a safe distance from these birds because they attack in a team. If one herring gull is alone and being provoked it would immediately call for help from other adult birds. Such an incident would result in a group attack from Europen herring gulls.

The flightless ostrich is the largest living bird on Earth. Native to Africa, ostriches inhabit savannas, deserts, and grasslands across the continent. A fully grown ostrich weigh up to 150 kg and stands 6 feet in height. At a top speed of 43 mph, they are also the fastest bird in the world. But the most important thing you need to know about this powerful bird is with one kick it could kill a human.

The long, powerful legs are the main weapon of an ostrich. Unlike other birds, ostriches have only two toes on each foot. The talons on each foot measure up to 4 inches in length.

With these powerful legs, ostriches can outrun their predators. If needed, they also use powerful kicks to escape from the predators such as lions and leopards. To your surprise, a powerful kick of an ostrich could kill a lion or a human.

So, you need to be very careful about approaching ostriches. Don’t provoke them or disturb the younger ones. An attack could end in critical injuries or even death. 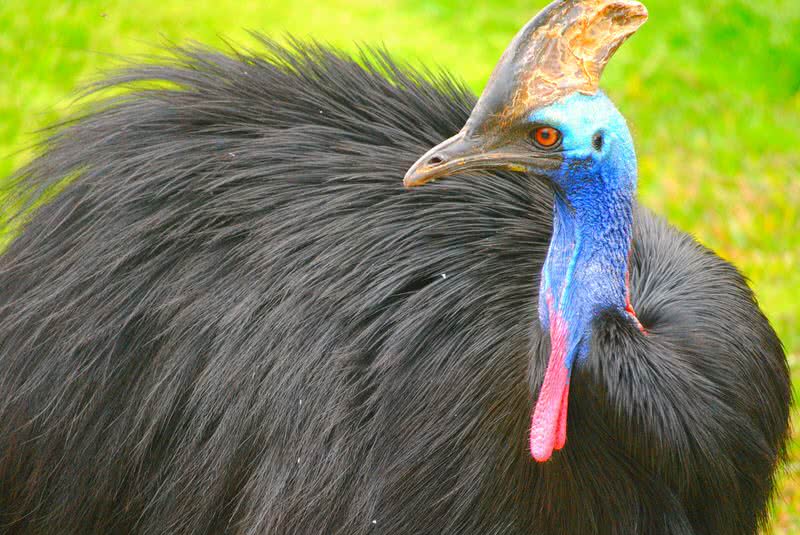 The southern cassowary is probably the most dangerous living bird in the world. It’s a bird that could definitely cause a fatal attack on humans, just like ostriches. Considering the size, Southern Cassowary is the second largest bird in the world – weighing between 75 – 80 kg and up to 5.1 in height. Like ostriches, the legs are the most powerful weapon of cassowaries.

There are three toes on each leg of cassowaries. These toes are equipped with 5 inches long razor-sharp claws. So, a single strike from a Southern cassowary could result in the breaking of bones, critical injuries, or even death.

Unprovoked attack from cassowaries is rare. If provoked or feel like a threat to their chicks, cassowaries would definitely attack. The method of attacking itself that makes cassowary attacks so dangerous – they can strike in both forward and downward directions.

Also, cassowaries are known to jump on top of the victim. In such a case injuries can be very critical or may even result in death.

What is a Red-Tailed Hawk?

The red-tailed hawk is a common hawk found across North America.

What is a snowy owl?

As the name suggests, they are mostly white with dark gray spots.

What is the threat of snowy owls?

Without a doubt, humans are the main threat to snowy owls.

What are the dangers of Snowy Owl Track to Eyes?

The snowy owl’s track to the eyes could be very serious.

What is Great Northern Loon?

The great Northern loon is a large diving bird also known as a common loon.

What is Barred Owl?

The barred owl is a large, round-headed owl which widespread in North America.

What are the dangers of these dangerous animals?

They target the head-on attack with sharp claws, which result in serious injuries.

They are also called bearded vultures.

What are the dangers of lammergeiers?

But this technique of lammergeiers could cause severe injuries to humans within the zone.

You know the difference between a pigeon and a vulture. One can fill your heart with love whereas another will definitely scare you. Most Dangerous Birds are living all over the world. That’s the world of birds – so diverse. Some can bring peace and joy, some cause trouble and some others can even kill you.

Top 8 Friendly Pet Bird Species All Over The World

16 FUN Facts About Hummingbirds! That Will Make you Hum

20 Types of Gulls (and Terns) Found in the United States!