What kind of tea should I drink? There are so many options out there, and they all claim to be good for us. Which ones are really worth drinking?

Tea is known to contain antioxidants, vitamins, minerals, and other nutrients that promote health. Some teas even come from plants that are considered medicinal herbs. 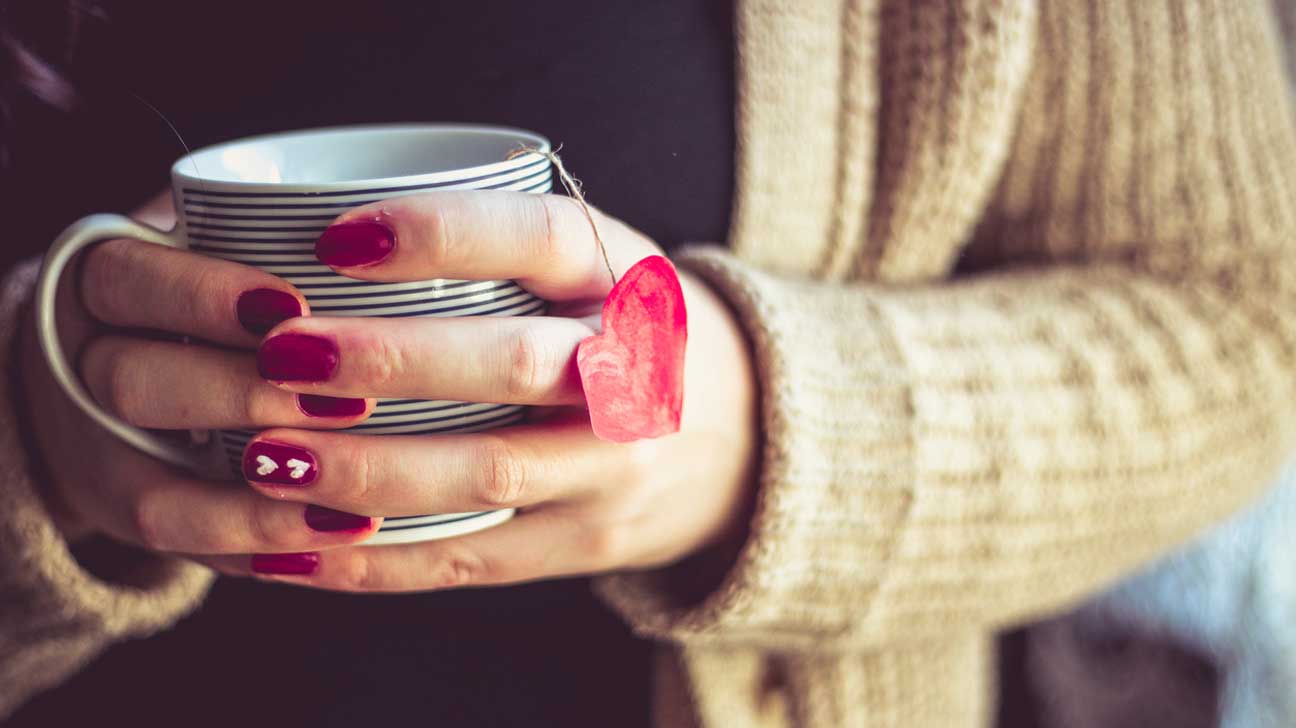 Chamomile tea is most commonly known for its calming effects and is frequently used as a sleep aid.

Two studies have examined the effects of chamomile tea or extract on sleep problems in humans.

Another study in 34 patients with insomnia found marginal improvements in waking up during the night, time to falling asleep and daytime functioning after taking chamomile extract twice a day

What’s more, chamomile may not just be useful as a sleep aid. It is also believed to have antibacterial, anti-inflammatory and liver-protecting effects

One study also found that chamomile tea reduced symptoms of premenstrual syndrome, while another study in people with type 2 diabetes saw improvements in blood glucose, insulin, and blood lipid levels

While more research is needed to confirm these effects, preliminary evidence suggests that chamomile tea may offer a range of health benefits.

While it’s most popularly used to support digestive tract health, it also has antioxidant, anticancer, antibacterial, and antiviral properties

Most of these effects have not been studied in humans, so it’s not possible to know if they might lead to health benefits. However, several studies have confirmed peppermint’s beneficial effects on the digestive tract.

Several studies have shown that preparations of peppermint oil, which often included other herbs as well, can help relieve indigestion, nausea, and stomach pain

Evidence also shows that peppermint oil is effective at relaxing spasms in the intestines, esophagus, and colon

Therefore, when you experience digestive discomfort, whether it be from cramping, nausea, or indigestion, peppermint tea is a great natural remedy to try. 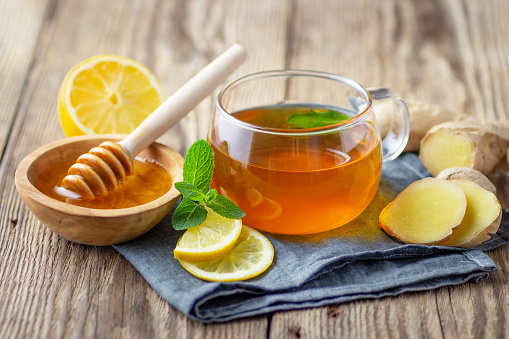 Ginger tea is a spicy and flavorful drink that packs a punch of healthy, disease-fighting antioxidants

It also helps fight inflammation and stimulates the immune system, but it’s most well known for being an effective remedy for nausea

Studies consistently find that ginger is effective at relieving nausea, especially in early pregnancy, although it may also relieve nausea caused by cancer treatments and motion sickness

Evidence also suggests that ginger may help prevent stomach ulcers and relieve indigestion or constipation a, or period pain. A number of studies have found that ginger capsules reduced pain associated with menstruation

In fact, two studies found ginger to be as effective as non-steroidal anti-inflammatory drugs (NSAIDs) like ibuprofen at relieving period pain

Finally, some studies suggest that ginger may offer health benefits for people with diabetes, though the evidence has not been consistent. These studies have found that ginger supplements helped with blood sugar control and blood lipid levels

Hibiscus tea is made from the colorful flowers of the hibiscus plant. It has a pink-red color and refreshing, tart flavor. It can be enjoyed hot or iced.

For example, hibiscus tea has antiviral properties, and test-tube studies have shown its extract to be highly effective against strains of the bird flu. However, no evidence has shown that drinking hibiscus tea could help you fight off viruses like the flu

Nevertheless, hibiscus tea has been shown to have a positive effect on high blood pressure.

In fact, many studies have found that hibiscus tea reduced high blood pressure, although most studies were not high quality

Be sure to avoid drinking hibiscus tea if you’re taking hydrochlorothiazide, a diuretic medication, as the two may interact with each other. Hibiscus tea may also shorten the effects of aspirin, so it’s best to take them 3–4 hours apart Echinacea tea is an extremely popular remedy that’s said to prevent and shorten the common cold.

Evidence has shown that echinacea may help boost the immune system, which could help the body fight off viruses or infections

Many studies have found that echinacea can shorten the duration of the common cold, lessen the severity of its symptoms or even prevent it

However, results are conflicting, and most studies have not been well designed. This makes it difficult to tell if positive results are due to echinacea or random chance.

Therefore, it’s not possible to say definitively that taking echinacea will help with the common cold.

At the very least, this warm herbal drink may help soothe your sore throat or clear up your stuffy nose if you do feel a cold coming on Rooibos is an herbal tea that comes from South Africa. It is made from the leaves of the rooibos or red bush plant.

South Africans have historically used it for medicinal purposes, but there is very little scientific research on the topic.

Nevertheless, a few animals and human studies have been conducted. So far, studies have failed to show that it’s effective for allergies and kidney stones

However, one study has shown that rooibos tea may benefit bone health. One test-tube study suggests that rooibos tea, along with green and black tea, might stimulate the cells involved in bone growth and density

The same study found that the teas also lowered markers of inflammation and cell toxicity. The researchers suggested that this might be why drinking tea is associated with higher bone density.

One study found that rooibos tea inhibited an enzyme that causes blood vessels to constrict, similarly to how a common blood pressure medication does

Much more research is needed to confirm these effects and discover any further benefits. However, the preliminary evidence shows promise. 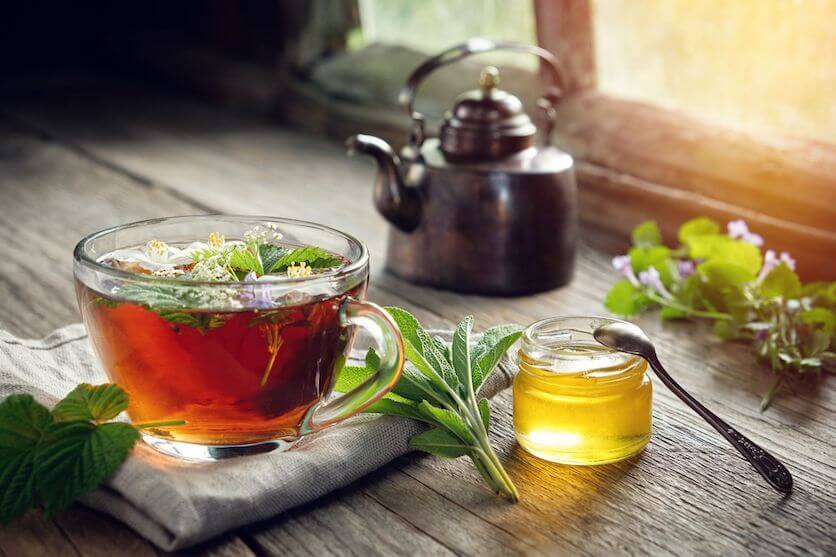 Sage tea is well known for its medicinal properties, and scientific research has begun to support several of its health benefits, especially for brain health.

A number of test-tube, animal and human studies have shown that sage is beneficial for cognitive function, as well as potentially effective against the effects of the plaques involved in Alzheimer’s disease.

In fact, two studies on oral sage drops or sage oil found improvements in the cognitive function of those with Alzheimer’s disease, although the studies had limitations

A number of studies found improvements in mood, mental function, and memory in healthy adults after they took one of several different types of sage extract

Sage tea appears to be a healthy choice, offering benefits for cognitive health and potentially heart and colon health. More studies are needed to find out more about these effects.

Lemon balm tea has a light, lemony flavor and seems to have health-promoting properties.

In a small study of 28 people who drank either barley tea or lemon balm tea for six weeks, the lemon balm tea group had improved elasticity of the arteries. Arterial stiffness is considered a risk factor for heart disease, stroke, and mental decline in skin elasticity, which typically tends to decline with age. However, the study was of poor quality.

Another small study in radiology workers found that drinking lemon balm tea twice a day for one month increased the body’s natural antioxidant enzymes, which help protect the body from oxidative damage to cells and DNA

As a result, participants also showed improved markers of lipid and DNA damage.

Furthermore, a number of studies have shown that lemon balm improved mood and mental performance.

Two studies including 20 participants evaluated the effects of different dosages of lemon balm extract. They found improvements in both calmness and memory

Lemon balm tea may offer a number of potential health benefits and would make a good addition to any herbal tea collection. 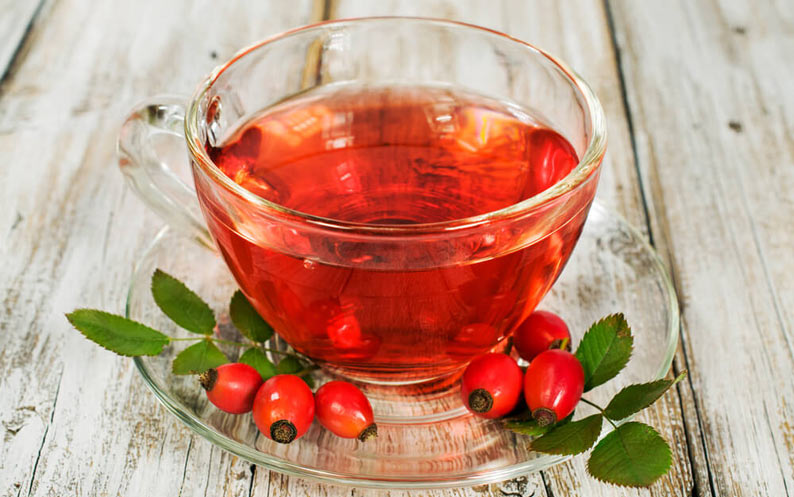 Rosehip tea is made from the fruit of the rose plant.

It is high in vitamin C and beneficial plant compounds. These plant compounds, in addition to certain fats found in rose hips, result in anti-inflammatory properties

Several studies have looked into the ability of rosehip powder to reduce inflammation in people with rheumatoid arthritis and osteoarthritis.

Many of these studies found it effective at reducing inflammation and its related symptoms, including pain

Rose hips may also be beneficial for weight management, as one 12-week study in 32 overweight people found that taking rosehip extract resulted in decreased BMI and belly fat

These properties may result in other health benefits as well, though more studies will be needed to confirm these effects and investigate any new ones. 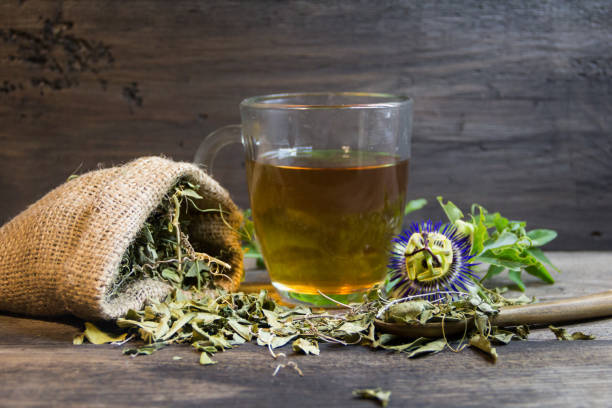 Passionflower tea is traditionally used to relieve anxiety and improve sleep, and studies have begun to support these uses.

Yet, another study found that passionflower helped relieve the mental symptoms of opioid withdrawal, such as anxiety, irritability, and agitation, when taken in addition to  (64Trusted Source

Passionflower tea seems to be a good choice when it comes to relieving anxiety and promoting calmness.

What are the health benefits of tea?

3. Tea may reduce your risk of heart attack and stroke “There’s a lot of literature out there on tea and heart health,” said Anna Ardine, clinical nutrition manager at Magee-Women’s Hospital of the University of Pittsburgh Medical Center.

What’s the link between tea and blood pressure?

Tea’s ability to lower blood pressure may be why it could reduce a person’s risk of dying of a stroke, the editorial noted.

What are the health benefits of tea?

Here are the top 10 health benefits of tea and some options for delicious teas to try:

What are the different types of teas?

The amount of time the leaves are processed determines whether you end up with a green, black or oolong tea.

There is plenty of research showing that drinking tea can actually improve your health.

What’s the link between tea and heart health?

A recent study, published in the European Journal of Preventive Cardiology, involved more than 100,000 adults in China and found those who regularly drank tea were less likely to develop atherosclerotic cardiovascular disease or die prematurely from any cause — particularly stroke — compared to others during a seven-year follow-up.

4. Tea may help with weight loss Research on this isn’t as strong, Ardine said, adding that studies that have shown an effect have depended on consumption of large amounts of tea, often in pill form.

What are the benefits of antioxidants?

Antioxidants work to prevent the body’s version of rust and thus help to keep us young and protect us from damage from pollution.

2. Tea has less caffeine than coffee.

What’s the best tea for my gut?

Chicory root is also known to help reduce stress and is prebiotic so may be helpful to your gut.

Tea is the most popular beverage in the world after water. It’s a simple preparation of pouring hot water over cured leaves of the Camellia sinensis plant. Tea, is a beverage produced by steeping in freshly boiled water the young leaves and leaf buds of the tea plant, Camellia sinensis. Two principal varieties are used, the small-leaved China plant and the large-leaved Assam plant. Hybrids of these two varieties are also grown. The leaves may be fermented or left unfermented.